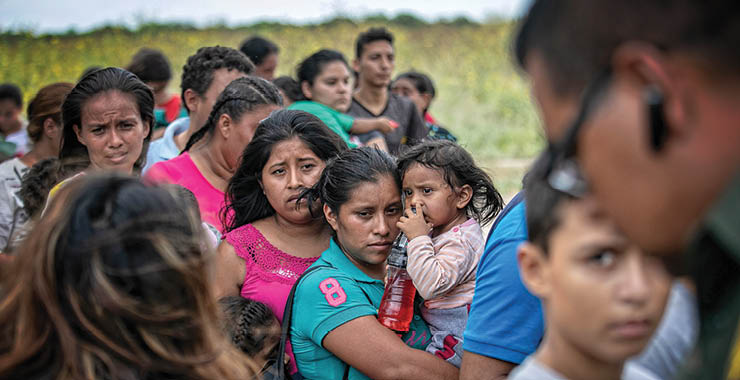 An immigrant is anyone born abroad who lives in a new country. There are different types of immigrants, including legal and illegal ones. Some are permanent residents of the country, while others live there temporarily or even for short periods of time. These people may enter the country for tourism, education, work, or other purposes. Their legal status depends on the country of origin and receiving country.

Immigrants contribute to the economy in many ways. Their labor force contributions are substantial. In some industries, they make up nearly a third of the workforce. Their geographic mobility also smooths out economic bumps and helps local economies react to worker shortages. Immigrants also contribute to the nation’s economy by adding to the number of working age Americans and bolstering Social Security and Medicare trust funds. Additionally, children born to immigrants are more likely to be upwardly mobile than their native-born counterparts.

Immigrants deserve respect and acknowledgement. Many of them leave their home countries to find better living conditions. They may be seeking a better education, a job, or even to be with family. Immigration is a necessary step toward prosperity and peace. Even victims of crimes are eligible for change in immigration status. Fortunately, there are many programs and resources available to help victims of crimes obtain legal status in the new country.

Children of immigrants are an increasingly large segment of the nation’s child population and are expected to play an important role in the nation’s future. While immigrant families have many positive characteristics, such as high rates of marriage and commitment to family life, they also face challenges. Two major vulnerabilities are the separations that occur during the migration process and the stress of establishing a new life.

Many immigrants’ children are raised by one parent or a relative. Their parents may live in their country of origin. These situations make it difficult for children to maintain contact with their parents and siblings. It is estimated that one in four Mexican children in the United States live with a single parent. Immigrants also experience stigma as a result of being classified as an immigrant.

Immigrants sometimes need assistance from government programs because they have lower incomes than citizens. However, these immigrants contribute to the economy by working in jobs that are important to the local economy. They contribute to the economy by generating demand for goods and services, and they support the economy. If their children are affected by these changes, they may experience more problems in their lives.