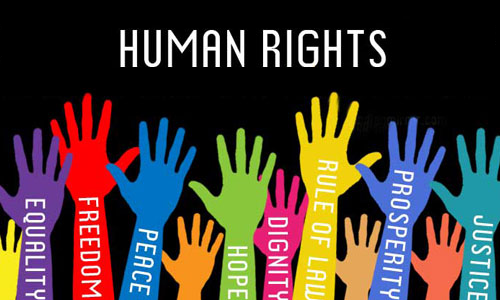 Human rights are freedoms that belong to individuals or groups, and are necessary for a just society. While some rights are more universal than others, the idea remains the same – everyone is entitled to some freedoms. In addition to these, individuals have responsibilities to each other when exercising their human rights. These include protecting the rights of others and refraining from violating their own.

Human rights have a long history. Initially, the idea was based on natural rights, which were a precursor to the modern notion of human rights. These natural rights played a vital role in late 18th and early 19th-century struggles against political absolutism. These struggles led to the creation of modern nation states.

There is no single definition of what human rights are, but there are many fundamental rights everyone is entitled to. For example, everyone has the right to life, health, and a safe place to live. These rights protect us from harm and help us live in peace. Although most people know about the basic rights of food, housing, and the right to be paid for work, many don’t understand what other rights entail.

As a result, the promotion of human rights relies on educational programs. It also relies on the rejection of harmful traditional practices. No one can be denied human rights solely because of their cultural background. This is because cultures change and traditional practices may no longer be relevant to the generation that carries them. A culturally-based approach is not likely to succeed unless the government engages all parties.

The Universal Declaration of Human Rights, also known as the UDHR, provides a global road map for freedom and justice. It was adopted by the United Nations General Assembly in 1948 and was the first legal document to establish universal protection for people’s rights. The document contains 30 articles and serves as the foundation for future human rights conventions and treaties. In addition, it is a key component of the International Bill of Rights.

Human rights are fundamental to a society. The state should provide the means for individuals to flourish and develop. They should enjoy social security, economic security, cultural and political rights, and participate in development. This is how human rights become a reality. This requires a commitment from society and its members. However, this is a long and complex process.

The United States has a strong commitment to promoting respect for human rights. In fact, this is one of the core goals of our foreign policy.